BCS is proud to announce our expansion into a real world new to our pages:  urban fantasy.

This vibrant segment of fantasy fiction has countless imaginative authors and dedicated readers, who savor tales of vampires, werewolves, troubled teenagers, and hardscrabble young adults, all moving through the gritty vividness of our own contemporary, real, modern world. 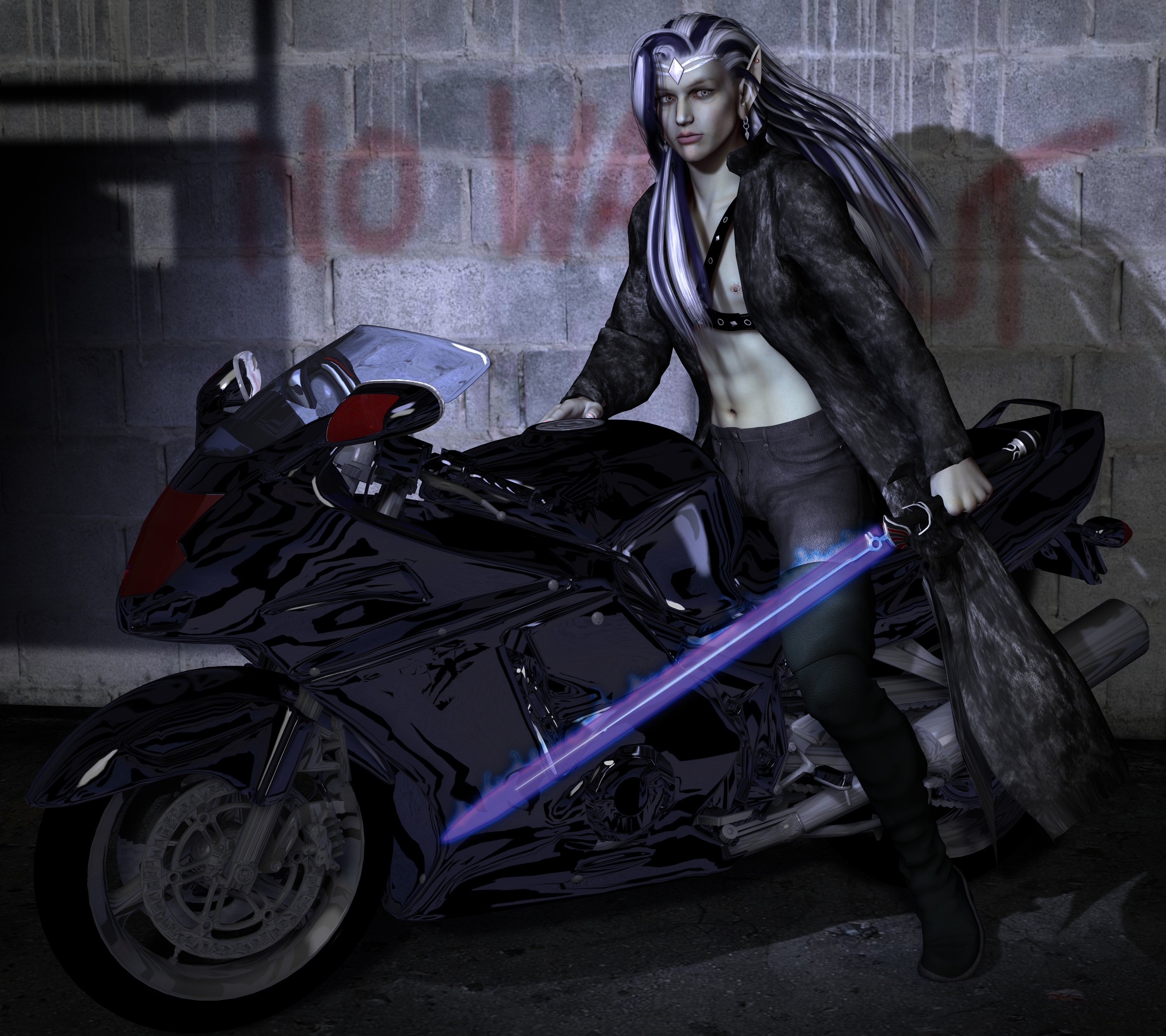 Character-driven stories set in these tangible, familiar, real worlds can be just as entertaining as literary adventure fantasy, and can comment just as profoundly on what it means to be human.  If a roof-scaling thief or a clockwork airship captain or a battle-seared knight can explore our human condition, then why not a vampire hunter werewolf or an undead barista or a demon from the suburbs?

This gorgeous artwork, “Der Erlkoenig” by Shalen Hamar (used by kind permission of the artist), is a great example of literary urban fantasy–a work of classic fantasy literature reimagined in an urban fantasy context.

Starting this summer, BCS will feature one urban fantasy theme issue every month, with custom commissioned artwork, including animated images and even short movies.  The podcasts in these literary urban fantasy issues will include a new podcasting medium that no other magazine in the field to our knowledge has done:  video podcast narration.  Now not only will you hear the narrator read the story, but you’ll also be able to see them read the story; to watch them at the microphone as they express and emote the author’s vision for their world and characters.

We look forward to bringing our readers this rich facet of fantasy fiction, written with the same literary flair and focus on the characters as all BCS fiction: literary urban fantasy.