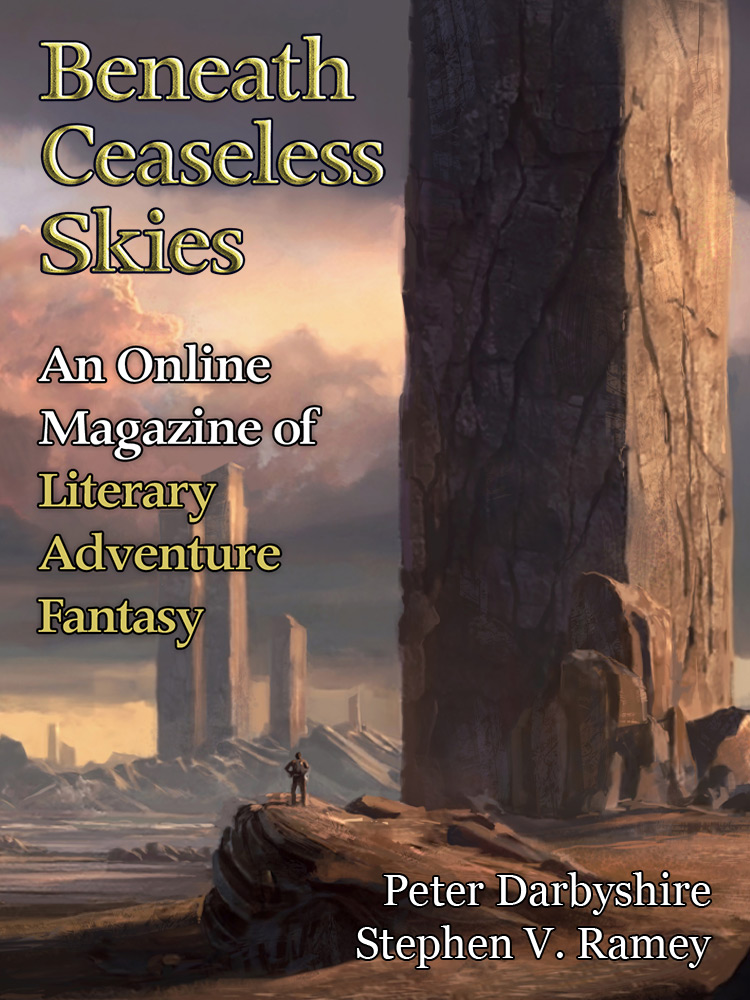 BCS #154 is out today, featuring a returning BCS author (and returning character) and a new one, and new podcast, Audio Vault, and From the Archives stories.

Stephen V. Ramey offers “Seeing,” set in a world where seers use poisonous spider bites to activate their sight, following a young seeress dispatched into a household stirring with social politics.

The BCS Audio Fiction Podcast episode is BCS 132: Five Fruits I Ate in Sandar Land, Michael Haynes’s story from BCS #153 of a young man on a quest of yearning.

The ‘From the Archives’ story is “A Song of Blackness” by Nancy Fulda, from BCS #106, a tale of similar compulsive yearning not unlike “Five Fruits I Ate in Sandar Land.”

Our new podcast, The BCS Audio Vault, this week features BCS Audio Vault 004: Precious Meat by Catherine S. Perdue, from back in 2008. It’s introduced by audiobook and podcast narrator John Meagher, whose narrations have appeared in BCS (BCS 110: Ill-Met at Midnight by David Tallerman) and others, pointing out the unique audio rendition of this story that made this podcast stick with him.

All underneath a new view of our cover art, “Pillars” by Czech artist Tomas Honz.