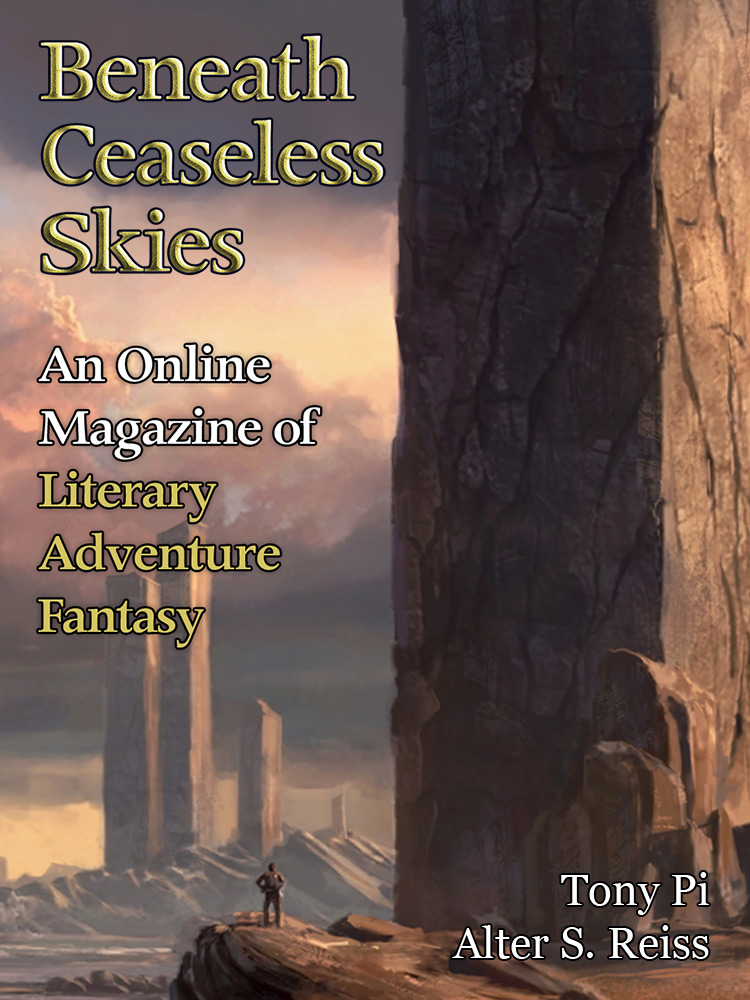 BCS #155 is out today, featuring a returning BCS author and a new one, a guest-narrated podcast, and Audio Vault and From the Archives stories.

Tony Pi (“The Curse of Chimère” in BCS #53;“Silk and Shadow” in BCS #11) returns to BCS with “No Sweeter Art,” a story of unique food-based magic as a character struggles to find his way through personal failings and assassination conspiracies. Alter S. Reiss offers “By Appointment to the Throne,” a political and sociological murder mystery unfolding in a unique food-centric environment.

BCS 133: No Sweeter Art is the BCS Audio Fiction Podcast episode, the Tony Pi story, guest-narrated by audiobook and podcast narrator John Meagher, who has contributed audio for us in the past–narrating podcast episode BCS 110: Ill-Met at Midnight by David Tallerman and introducing BCS Audio Vault 004: Precious Meat by Catherine S. Perdue.

The ‘From the Archives’ story is “Luck Fish” by Peta Freestone, from BCS #105 and podcast BCS 092, a tale of struggle against personal failings and external hunger not unlike “No Sweeter Art” or “By Appointment to the Throne.”

Our new podcast, The BCS Audio Vault, this week features BCS Audio Vault 005: Pale by Karthryn Allen, a unique Weird Western from back in 2010. It’s introduced by novelist and short story author Marie Brennan (“The Ascent of Unreason” in BCS #104 and podcast BCS 089, “And Blow Them at the Moon” in BCS #50 and podcast BCS 044, and many more), remarking how it and how it confronts and subverts several common gender tropes.

Next issue, look for another returning author, another new one, and another guest-narrated podcast...