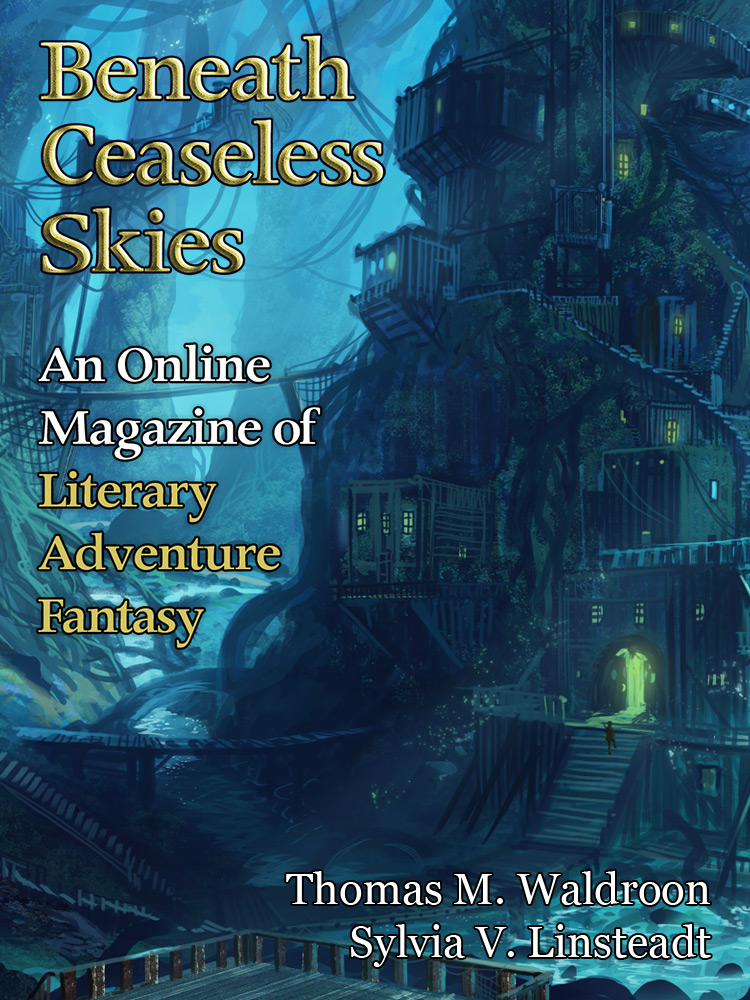 Thomas M. Waldroon, whose previous BCS story “Sinseerly A Friend & Yr. Obed’t” in BCS #171 was given a Recommended rating by Locus online, returns to that historical literary colonial America setting with “‘Or I Wil Harrie Them Out of This Land’,” a tale of two brothers navigating personal and societal conflicts.

Sylvia V. Linsteadt (“Else This, Nothing Ever Grows” in BCS #125, July 11) paints a magical-realist historical northern California via two protagonists, young and old, interacting with their natural world in “Whale-Oil.”

The From the Archives story with BCS #198 is “‘His Crowning Glory': a new tale of the Antique Lands” by Noreen Doyle, from BCS #111, a tale of pseudo-historical told in lush voice not unlike “‘Or I Wil Harrie Them Out of This Land’” or “Whale-Oil.”

All behind another view of our new cover art for early spring for our Northern Hemisphere readers: “Forest” by French artist Geoffrey Icard.