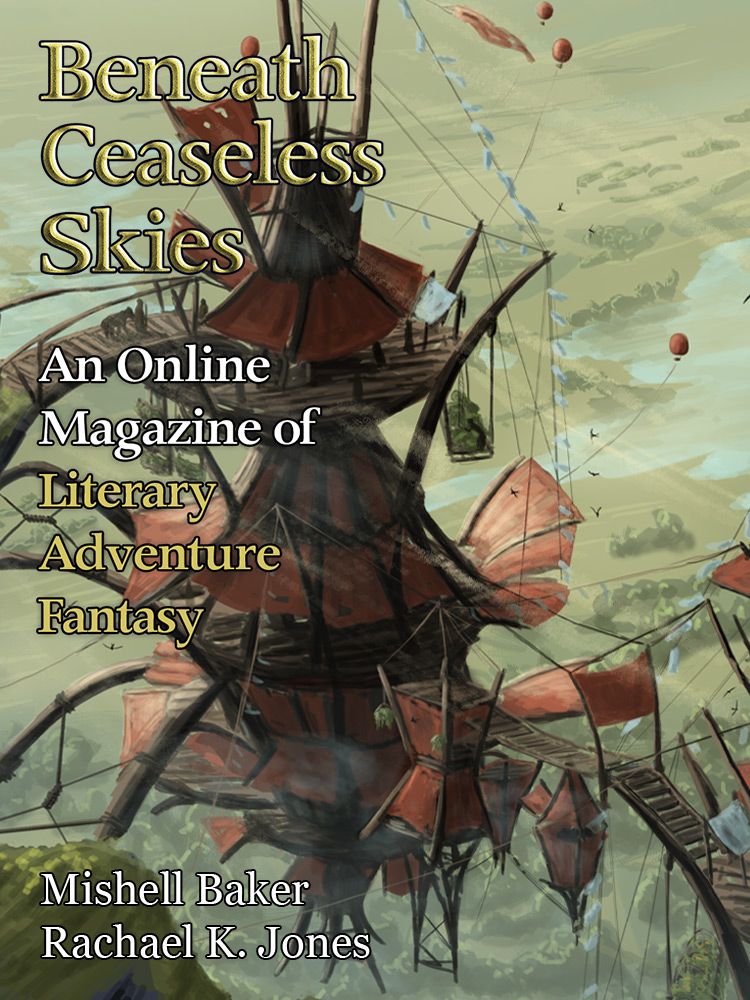 BCS #203 is out today, featuring a returning BCS author and a new one.

Mishell Baker (“Throwing Stones” in BCS #47) in “Fire in the Haze” picks up the protagonist from “Throwing Stones” many years later, wrestling with the lingering traces of that relationship.

Rachael K. Jones offers “The Night Bazaar for Women Becoming Reptiles,” a tale of a character trapped and yearning to burst free.

The From the Archives story with BCS #203 is “The Moon Over Red Trees” by Aliette de Bodard, from BCS #157, our Sixth Anniversary Double-Issue, and podcast BCS 136, guest-narrated by Kate Baker of Clarkesworld magazine.