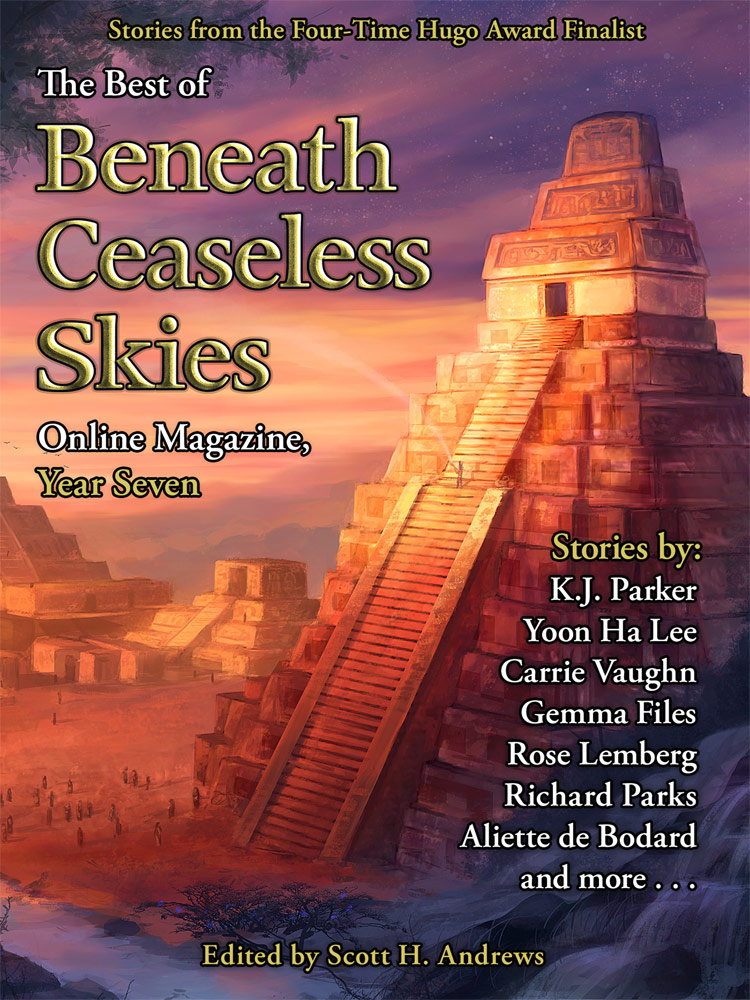 Our new anthology The Best of BCS, Year Seven is out early today at WeightlessBooks.com, with a free extra as part of our Eighth Anniversary Ebook Sale!

Best of BCS, Year Seven is available early exclusively at WeightlessBooks.com. It costs only $3.99, and all proceeds go to pay BCS authors and artists for their work.

Buy now and, as part of our Eighth Anniversary Ebook Sale at Weightless Books, you’ll also get a free second BCS anthology of your choice!

Choose from all our other Best of BCS anthologies (which include multiple stories by Aliette de Bodard, Yoon Ha Lee, Marie Brennan, Richard Parks, Gemma Files, Seth Dickinson, E. Catherine Tobler, and more) or our theme anthologies Ceaseless West and Ceaseless Steam. Get two convenient ebooks of great BCS stories for the price of one, and help support the magazine at the same time.

Read Comments on this Post (No Comments Yet)
Share this
Comments & Scrivenings
Leave a comment on “New Best of BCS Year Seven Anthology Out Early at Weightless Books (and on sale!)”