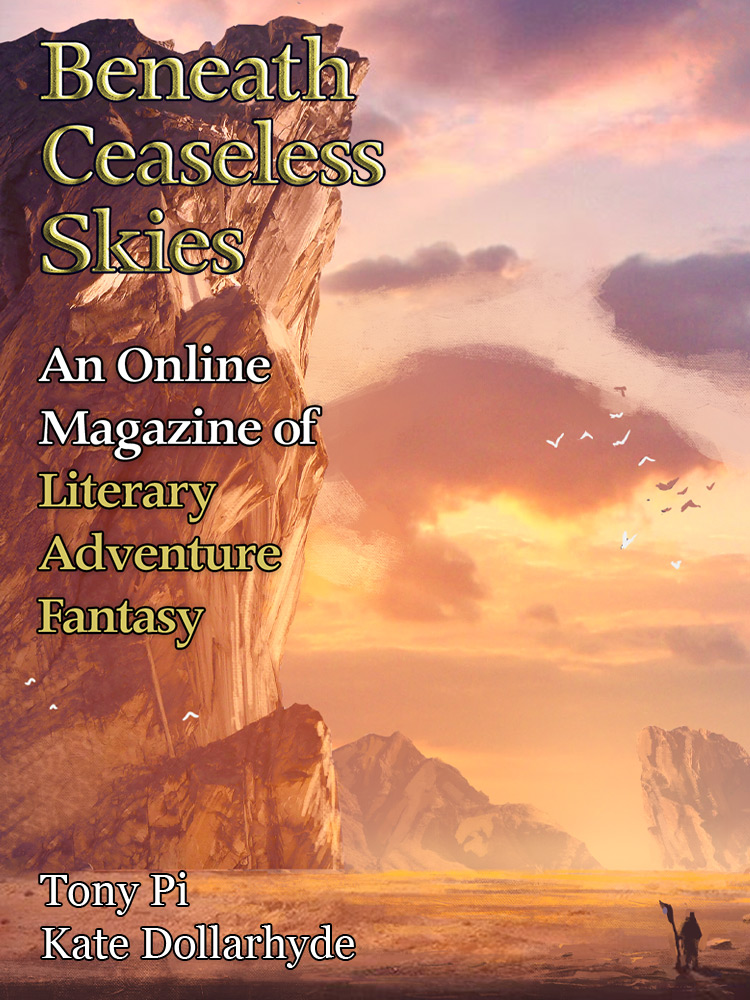 BCS #224 is out today, featuring stories of protagonists bargaining and earning the cost.

Kate Dollarhyde offers “A Marvelous Deal,” a tale of a hardscrabble character fighting to survive.

From the Archives with BCS #224 is “In the Palace of the Jade Lion” by Richard Parks, from BCS #100, a tale of a protagonist swept up in mysterious magical events.

All behind a New Cover Art: “Land of Giants” by Ashley Dotson.