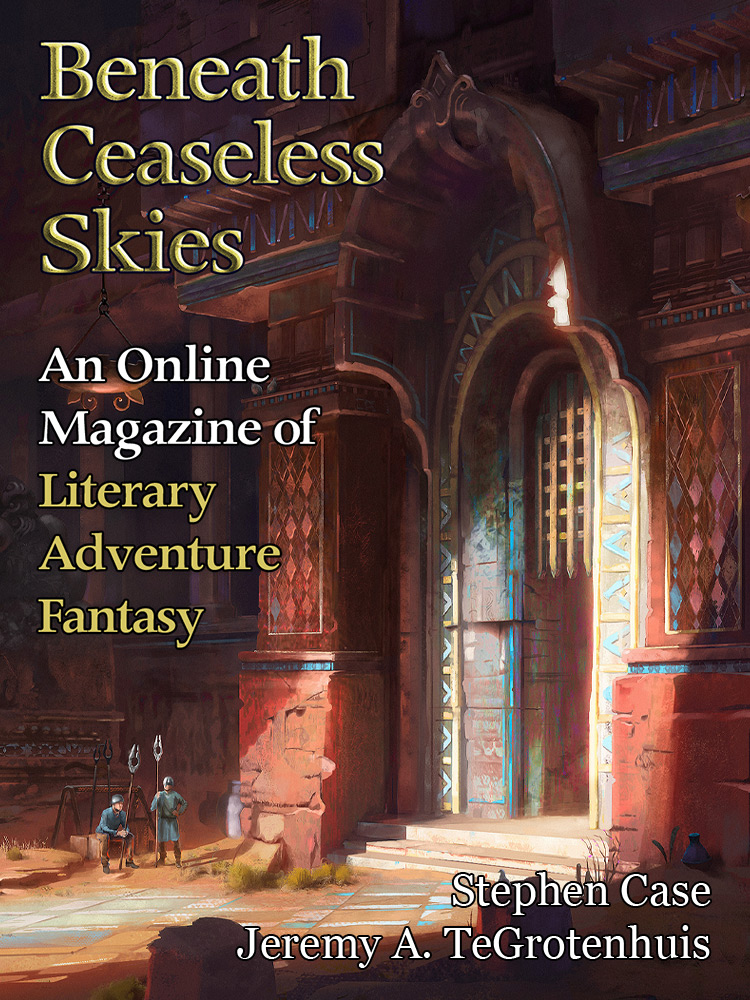 BCS #231 is out today, featuring stories of protagonists questing against oppressive forces.

Stephen Case (“The Aeroliths” in BCS #212, “The Wizard’s House” in BCS #166, among many others) returns to BCS and the world of “Read This Quickly, For You Will Only Have a Moment...” from BCS #81 with “Deathspeaker,” in which a scholar advising a new monarch against a terrifying threat must leave her and seek answers elsewhere.

Jeremy A. TeGrotenhuis offers “The Broken Karwaneer,” a story of a fighter protagonist battling internal foes as she pursues external ones.

From the Archives with BCS #231 is “From the Spices of Sanandira” by Bradley P. Beaulieu, in BCS #70 and #71, a novelette that was the inspiration for his current hardcover novel series Song of Shattered Sands.

The BCS Audio Fiction Podcast is on a brief hiatus. In the meantime, peruse our episodes from earlier this year, including our five-hour audio novella BCS 200: A Portrait of the Desert in Personages of Power, guest-narrated by podcast and audiobook narrator, writer, and poet C.S.E. Cooney.

All behind new cover art for late summer in the Northern Hemisphere: “Bird House” by Jordan Grimmer.