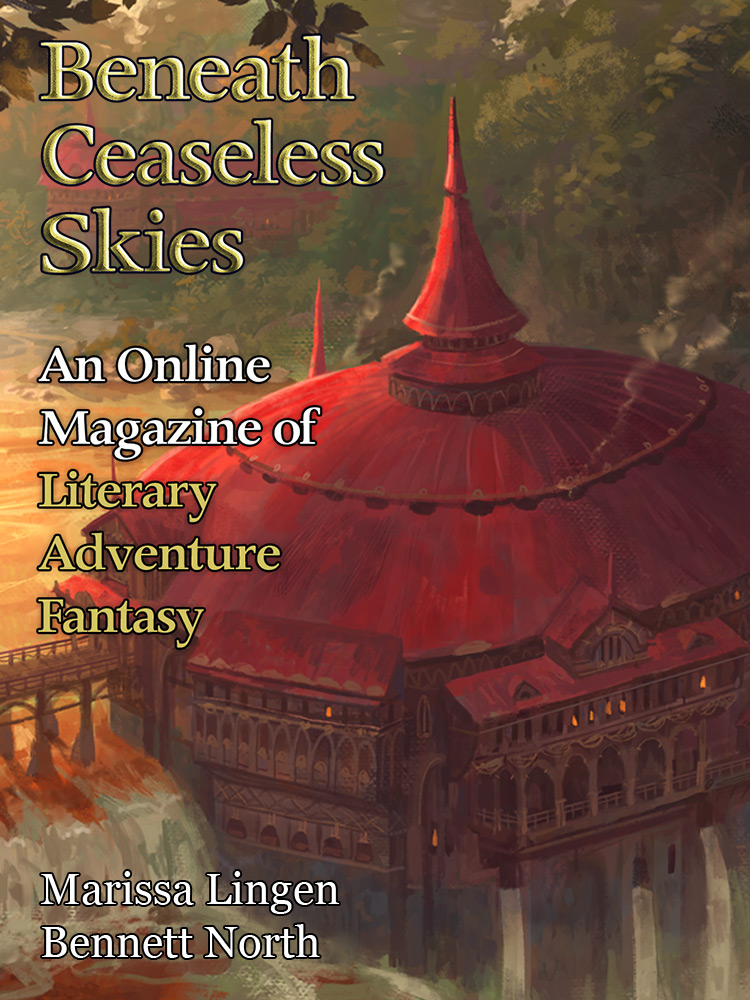 BCS #237 is out today, featuring two stories of challenge set in unusual takes on the Western.

Marissa Lingen (“Across Pack Ice, a Fire” in BCS #233, “Out of the Woods” in BCS #218 and podcast BCS 189, “Cursed Motives” in BCS #105 and podcast BCS 091, “The Six Skills of Madame Lumiere” in BCS #46, among many others) returns to BCS with “The Influence of the Iron Range,” a late-October themed tale of protecting the democratic process from fey influence.

Bennett North offers “Forgive Us Our Trespasses,” with a protagonist chasing her past into a bleak reflection of her future.

The BCS Audio Fiction Podcast episode is BCS 205: Every Black Tree, the Natalia Theodoridou story from BCS #236 of past baggage and deathly destiny. It’s guest-narrated by M.K. Hobson, who has narrated past BCS Podcast episodes such as BCS 198: Two Bodies in Basting Stitch by Allison Jamieson-Lucy, BCS 190: Men of the Ashen Morrow by Margaret Killjoy, BCS 176: Laws of Night and Silk by Seth Dickinson, and BCS 166: The Three Dancers of Gizari by Tamara Vardomskaya.

From the Archives with BCS #237 is “More Full of Weeping Than You Can Understand” by Rosamund Hodge, from BCS #53, our Second Anniversary Double-Issue, and podcast BCS 047, a story of fey influence not unlike “The Influence of the Iron Range.”

All behind a new crop of our cover art for our Ninth Anniversary and early autumn in the Northern Hemisphere: “Riverhome“ by Veli Nyström.